"Boards on Fire has increased the commitment of all employees."

The bed and sofa manufacturer Scapa was one of the first industries to start using Boards on Fire's solutions fully in its operations. And it has paid off. Increased commitment, more implemented improvements and increased productivity are some of the benefits that factory manager Miika Porkola highlights.

Clear results with Boards on Fire

Digital pulse meeting boards for daily management in combination with boards for continuous improvements and boards that visualize production in real time for employees in the business. These are some parts of the Boards on Fire set up in the factory with 75 employees in Alvesta, Sweden.

– In Alvesta, we manufacture beds, mainly for the Swedish market. But the plan is to grow in Europe, which we have both space and capacity to do. That journey has already begun little by little in the German market, says Miika Porkola.

Scapa also has five more factories with more than 700 employees in and around Kaunas in Lithuania. One plant is a direct subcontractor to Alvesta, one is focused on volume production for Ikea, two produce sofas and armchairs for the northern European market and the fifth is currently filled with mixed furniture production.

Can you tell us about how you work with daily management in Boards on Fire?

– Every morning, five different group meetings are held around the business and the information from the group boards in Boards on Fire automatically updates the pulse board for the production management, which holds its meeting a moment later. There we get an overview of how the factory is doing right now. We go through staffing, health and safety, production figures and logistics. We check the order intake and can make quick decisions about changes in the planning based on that information. We handle deviations, delegate daily activities and also get an overview of the improvement work, says Miika Porkola.

What benefits has Boards on Fire brought to you in that context?

– There are many benefits. Previously, we had twice as long meetings with both poorer content and structure. With Boards on Fire, we have gathered everything in one place, we get better control and more efficient meetings. Employees can participate remotely if needed and it has become much easier to share information and delegate tasks. This has led to us now having more people who can, and above all want to, take responsibility. Simply put, increased commitment among all employees! 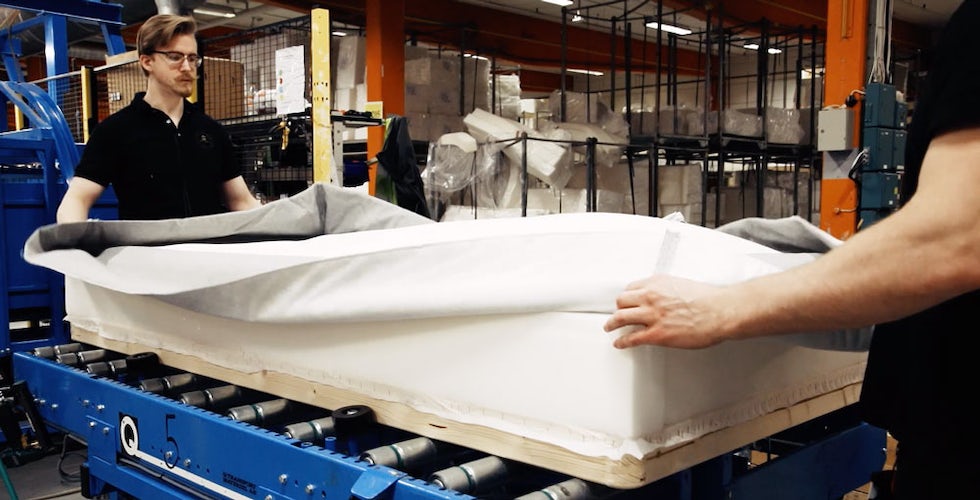 How is the increased commitment felt?

– More questions, more ideas, more improvement proposals and more implemented improvements. That's one side of it. Increased productivity is another. We have gone from a productivity of 56 percent a few years ago to today a rate of as much as 92 percent. Of course, there are many factors that come into play there, but Boards on Fire has definitely contributed strongly to that development, says Miika Porkola.

We have gone from a productivity of 56 percent a few years ago to today a rate of as much as 92 percent.

Another important aspect that Miika Porkola highlights is that as Boards on Fire has made it easier to delegate tasks and distribute responsibilities, production managers have more time for their staff. Listen, coach and develop on an individual level.

– We have also chosen to be very transparent and visualize the same information to all employees via Boards on Fire. Everything from the production rate for the various groups to financial key figures that show how things are actually going for the company. It has increased participation.

The production rate in relation to set weekly goals is updated in real time on large screens above the factory floor. In the warehouse, Boards on Fire visualizes the number of cubic meters picked for each employee, which has led to a big step forward in efficiency. Better control of the current situation has also made it possible to redistribute available staff in a smart way to where they are needed most at the moment.

Looking ahead, how do you want to develop the use of Boards on Fire at Scapa?

– Since the start, we have had a very good collaboration with Boards on Fire when it comes to adapting their solutions to our needs. By integrating more with other systems we use, we can gather the information in Boards on Fire and have it easily accessible there. Then we want to continue working on implementing it at the factories in Lithuania to a greater extent, says Miika Porkola.

We can tell you all about Boards on Fire. But it's easier to show you. Our web demo gives you the basics in 30 min.

Some of our customers